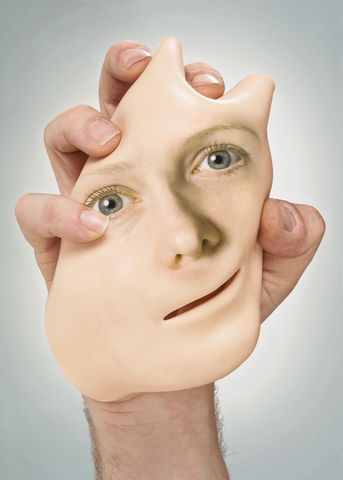 We’ve been misled about the ease with which false memories can be implanted.

Source: The Truth About False Memories

A hailstorm of criticism continues to be leveled at NBC news anchor Brian Williams for “misreporting” that his helicopter was hit by a rocket propelled grenade while serving as a news correspondent covering the Iraq War. Memoryexperts caution that Williams is no different from the rest of us in having a very malleable memory. Is this true?

It depends on what you mean by “false memory.” Fifty years of cognitive science research (and our experience with our own memories) quite clearly show that memory distortion or memory loss is quite common. We can remember the gist of a story but we can’t retell it verbatim. We may forget or misremember details from something we witnessed. But creating completely novel and false memories? The data are far less conclusive there.

Let’s look at four examples that are frequently cited in the popular press as unequivocal evidence of false memory formation.

The first is a study by Elizabeth Loftus and Jacqueline Pickrell that purported to implant false memories in particpants of their having been lost in a shopping mall as children. Here is what Loftus and Pickrell actually found:

Only twenty-four people participated in the study, and their ages ranged from 18 to 53. During the first interview after the “false memory” manipulation, only 29 percent of participants “remembered” the false event. Over the course of two interviews, 75 percent resisted the suggestion that they had been lost in a mall as children. The small minority who “remembered” the false events used fewer words to describe them (about 50 words) than they did when describing true events that actually happened to them (about 138 words). And independent judges rated the clarity of these participants’ false memories to be much lower than their true memories (2.8 vs 6.3).

Despite the very plain fact that the “false memory” manipulation failed for the vast majority of participants in this very small study, the results have been reported over and over again as “proof” that false memories can be easily created.

A third study reported successful creation of false childhood or teenager memories of having committed a crime that resulted in contact with the police.

Here is what the researchers actually found: the study involved 60 college students. The majority (50 out of 60) indicated they believed the event had occurred, but they had little confidence in these “memories”: They gave an average confidence rating of 5.3 for their true memories, and only 2.9 for the false memories. They also rated the vividness of their true memories at 4.7; and 2.7 for false memories.

It is also extremely important to note that in each of these studies, people were told something about their childhood, a time for which most people agree memories can be pretty hazy or distorted. More importantly, in order to bring about the “false memory”, a trusted family member was recruited to participate in the deception, or the participants were told that a trusted family member had corroborated the event. Even under these circumstances, however, false memories were only implanted in a minority of the particpants (even if they came to believe the event occured), and their levels of confidence in those memories was quite low.

To put it more simply, we’ve all experienced this: Mom or dad or an older sibling tells us about some event we experienced as a child, and we believe them even though we have no memory of it ourselves. They may pull out pictures of the event from family albums to show us. We may even “try” to remember, and retrieve bits and pieces of some true event that’s “close enough”, and decide those bits and pieces must be all that’s left of our hazy memory for the event.

A more persuasive study on false memory formation involved 861 active duty military personnel who were or were not exposed to misinformation during the period of time they spent in a mock POW camp in Survival School training. The misinformation was introduced through the use of false photographs and videotapes, and by asking leading questions during interrogations.

An example of a non-leading question would be:

Did your interrogator carry or have a weapon?

If so, please describe it?

In contrast, leading questions would be:

When the interrogator wearing the weapon interrupted your interrogator and argued with him, what did they argue about?

Describe the weapon worn by your interrogator.

For eyewitness identification, a member of the research team entered the isolation cell and handed the participant a photo of a man and asked a series of leading questions, such as

Did your interrogator give you anything to eat?

By far, use of a photograph to mislead the participants as to the identity of their interrogator produced the greatest impact. When later shown a photo array, 84 percent in the misleading condition selected the photo shown to them during the misinformation phase, compared to only 15 percent of those not misled. That is why eyewitness identification of perpetrators is so difficult for most people, and why police interrogations using line-ups or photo line-ups have to be done precisely by the book or risk getting thrown out in court.

But did they misremember or misreport?

Although these data are surely compelling, a burning question still remains: were memories really tampered with, or were people simply trying to make their responses consistent with the experimenters’ queries? If an authority showed you a photo and then asked you questions like “Did your interrogator give you anything to eat?”, how likely is it that you would ignore what you really remember and instead adopt the “correct” image of the interrogator shown to you by the authority when questioned later?

In 2005, neuroscientists Yoko Okada and Craig Stark used misleading questions in a study to tamper with eyewitness memories. But they used Functional Magnetic Resonance Imaging (FMRI) to record brain activity while participants viewed the materials. What they found is that well-formed memories are not easily swayed. True memories were formed when there was high activity in the prefrontal cortex and the hippocampus, while false memories were created when there was low activity in prefrontal cortex. The prefrontal cortex registers the source, or context, of a memory and the hippocampus forms conscious memories. If these areas aren’t active when a memory is first formed, then the resulting “hazy” memory can be subject to tampering effects.

What these studies consistently show is that

So let’s stop perpetuating the myth that human memory is as fragile as a butterfly and as malleable as clay.

Dr. Cummins is a research psychologist, a Fellow of the Association for Psychological Science, and the author of Good Thinking: Seven Powerful Ideas That Influence the Way We Think.